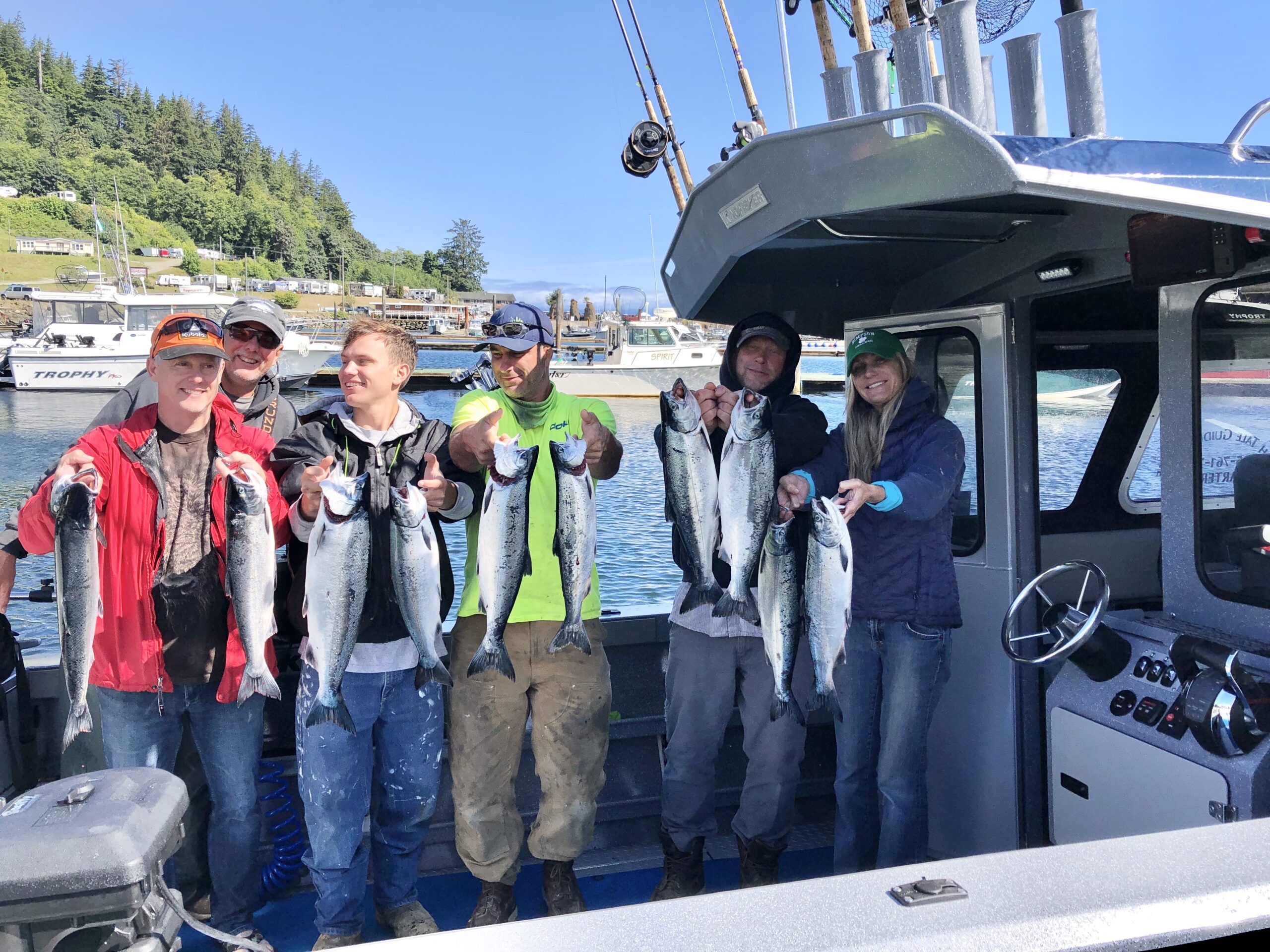 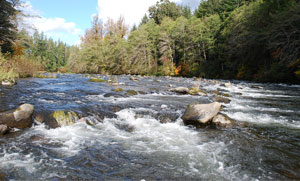 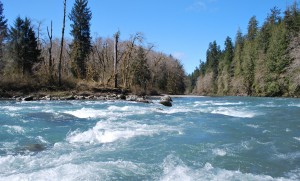 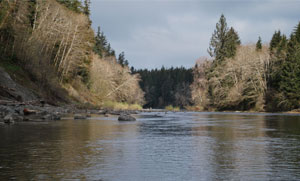 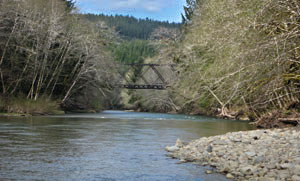 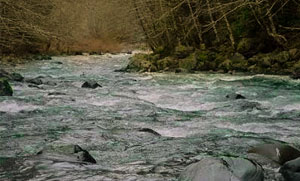 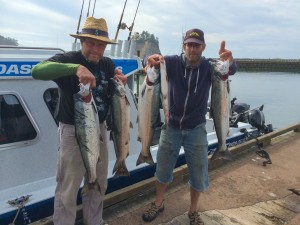 Fishing on one of these premier water ways can be a fishing experience of a lifetime!

These Rivers a world renown for the Wild Native Steelhead and Large Salmon returns.
[/one_third_last]

These are the ones you want to put on the barbeque! Coming in at an average size of 5-9lbs and a few in the high teens.  Retaining limits are 3 fish per angler a day! Starting the second week in November is when we start seeing the first of our hatchery Steelhead return to the Bogachiel and Calawah Rivers.  The hatchery run peaks around mid December. The Hoh River also gets a nice return of hatchery Steelhead, peaking in January and it not uncommon to get fresh fish all the way into March.  The Sol Duc has a nice return of hatchery Steelhead in December and January.

There is virtually no other place in the lower 48 that receives a stronger return of winter run steelhead like these large hard fighting fish. The Wild Native Steelhead along with the Twilight Series has brought people from all over the planet to come to Forks, Washington.  The Wild Steelhead start returning to the Sol Duc, Calawah, Bogachiel, Hoh & Clearwater rivers in mid December and gain in numbers all the way through April. The average size for these fish is about 8-12lbs, with lots of fish in the upper teens.  Every year some of our lucky clients will hook and land a 20 plus pound Native Steelhead. There is nothing more exciting than hooking one of these acrobatic hard fighting fish!

Silver Salmon aka “Silvers” – technically called  Coho Salmon are known for the exceptional size here on the O.P. Rivers (Olympic Peninsula) They average 10-15 pounds and it’s not uncommon to get a few 20+ pound range. Silver Salmon are one of the most exciting to fish for largely because of its antics when hooked, but it is also a delicious tasting salmon.  These great fighting fish show up in good numbers after the first big rain in early October. 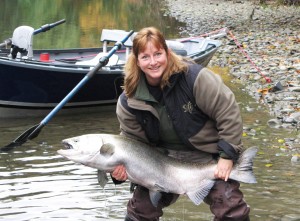 Fall King Salmon aka “Kings” – Technically called Chinook Salmon, show up every Fall and make it one the most popular times of year to fish in Forks, Washington. Called the Mighty King because of the big size, averaging 25-30 pounds, with some hawgs weighing in at 40-50 pounds! The Salmon show up after the first rains in early October and run through the middle of November. 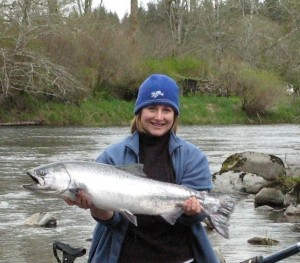 Spring King Salmon aka ‘Springers” – Technically called Chinook Salmon enter our rivers in April and they average 12-25 pounds. Highly prized for their unusually high levels of heart-healthy omega-3 fatty acids, and arguable the finest eating Salmon that swims.  We target these fish in April & May, and it is not uncommon to catch a late Winter Steelhead or a early Summer Steelhead in the mix. 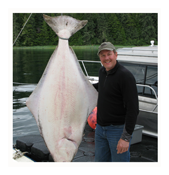 Halibut are one of the most delicious species in the ocean.  They put up a nice fight and are really tasty on the BBQ. The fish are good sized averaging 25-65lbs with some bigger. We fish for halibut out of Seiku on the Strait of Juan de Fuca and in the open waters of La Push  in May and June. 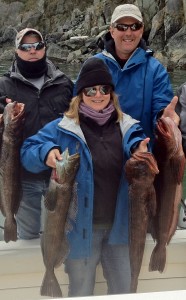 Lingcod are endemic to the west coast of North America. They are found on the bottom, with most individuals occupying rocky areas at depths  32 to 328 feet. A very delicious table fair with a mild taste and great texture.  We fish for Lingcod in the open waters of La Push  March 15th through June.